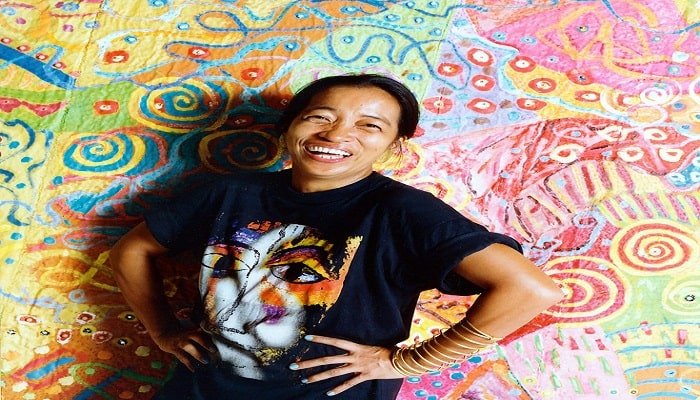 Pacita Abad was an Ivatan and Filipino visual artist. She was born on 5 October 1946 in Basco, Batanes. She exhibited her work in over 200 museums, galleries and other venues, including 75 solo shows, around the world. Pacita Abad‘s work is now in public, corporate and private art collections in over 70 countries. Check out Pacita Abad Wiki, Age, Height, Education, Career, Family, Death, Biography & More.

Pacita Abad completed BA in Political Science from the University of Philippines Diliman in 1967. Later, she went to US and studied painting at the Corcoran School of Art in Washington, D.C and The Art Students League in New York City.

At the initial stage, she was primarily figurative socio-political works of people and primitive masks. Her other work was large scale paintings of tropical flowers, animal wildlife and underwater scenes.

She created over 4,500 artworks and also painted a 55-meter long Alkaff Bridge in Singapore and covered it with 2,350 multicolored circles.

Pacita Abad developed a technique of trapunto painting which entailed stitching and stuffing her painted canvases to give them a three-dimensional, sculptural effect.

She was married to Jack Garrity, who became an International Development economist.